I like to zone, slip into a world of my own
Let the spirit escape, from its physical home
Where every thought is like a new birth
I had to take a break from the streets
To learn myself or can't get stuck with the curse
Of limitations from my past generations
Find myself still tryin to live up to my mom's expectations
Either you hustle or struggle on this modern day plantation
Chains made through manifestations of the same variation
(Me myself I like to think) that I'm just an angel waitin
While the physical state's trapped on the Earth and with temptations
Either live life all the time or your life is time wasted
Manhood comes with realizin the true worth of what you're chasin
If the end is what we're facin why bring seeds into the population
The prophets say that that the future's ?
P.A. already dead because the ? ain't payin
Lack of food for thought means more mental starvation
The weight of the work is heavy while I'm strivin for rotation
But on our inception be on real a change of direction
Know one's words cut deep so I always speak with discretion
Remind my niggas and bitches that they come from kings and queens
So a wise angel up in the sky can earn its wings, earn its wings yo
Cause love of life is what we bring

[DJ Spinna cuts]
I begin to G off on the streets
?

Sometimes I wonder what MCs be thinkin when they write their verses
Ill rhymes do not consist of 4 bars and 20 curses
With no substance it's worthless, if it doesn't uplift
Ain't all your stories rhyme about the same ? with no new twist?
Impale me at the wrists and let me die with hip hop's sins
On the cross to resurrect and let the culture live again
Deadly with a pen, we started as madmen
? debates, on who was better Kane or Rakim, way back when
Chickens were skeezers, you fought your way out of The Fever
Mix tapes were ten a pop and Kid Capri was on top
Taggin a wall and doin backspins was the true essence of hip hop
Bein hot meant everybody knew you rhymed around the block
But then the hammer cocked, and blew us right back into the present
Eric B's no longer president, I saw the chair vacant
Changed my motto
No one's sittin and waitin, time for regulatin
Now the world is ours for the takin, for the takin, yo yo 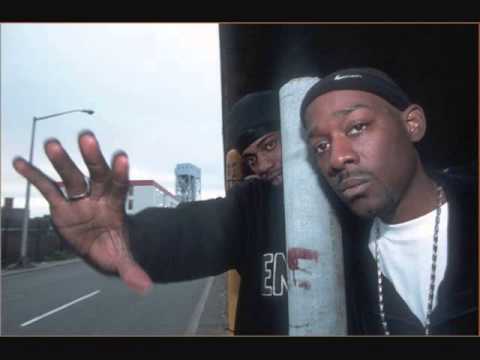